Snow arrived late at Greywolf this winter, but when it started to fall, it came down in a hurry.  Our first snow fall that stayed with us, arrived during the evening of November 15th and dumped 20 cm in 24 hours.  The next night we received 17 cm.  To date we have 80cm of snow and there is more in the forecast as the ski hill opened on Friday.
What does all this snow mean for the turf conditions at Greywolf?  Snow has never been an issue for our turf.  Ice and low temperatures have been the challenges over the last two years.
Up until the snow arrived, the turf had a chance to harden off and all of the greens froze before the snow arrived.  Those are both good things, and the freezing on the greens was not sudden or harsh.  So I suspect there has been little low temperature damage in the early winter.  Also up until now, there have been no early rains and therefore no ice on the greens.  Ice has been the biggest challenge over the last two winters.
The extra time before the snow came also allowed us to get our new tarp system in place.  There was a large learning curve with the tarps but they are all in place.  I will post some pictures and video of the installation of these tarps and an explanation about the science behind these tarps in future blog post.
The grounds crew is also transitioning into Nordic mode.  The snow cat is now up and running and we moved it from the shop to its winter home at the clubhouse.   The Turfcare crew has track packed all the trails as well as run the compactor bar around the trails.  This process takes the air out of the snow and gives us a good base on which to establish trails.  Trails were set on the off course trails on Friday and this was our first chance to experiment with the new tiller that was purchased this year.  There is some tweaking to do with the pans but everything should be up and running for Nordic opening on December 17th.
See you on the hill and on the Nordic trails
Snow Pole at Shop - Recording First Snow Fall 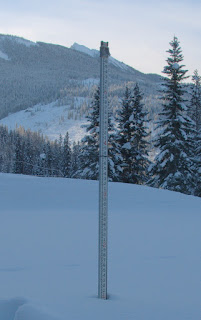 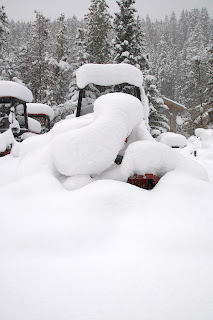 Snow Cat on Way To Shop 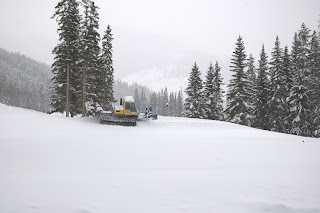 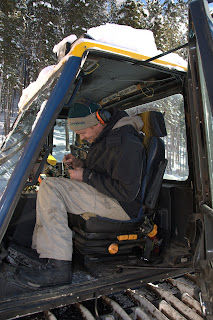 Posted by Darren Reddekopp at 7:14 PM

Greywolf Golf Course is an 18 hole resort facility located at Panorama Mountain Village - 18 km west of Invermere British Columbia, Canada. Greywolf covers 220 acres located in the Purcell Mountains. The golf course is comprised of 38 acres of bentgass greens (A4), tees (Penn Eagle), and fairways (Penn Link), at between 3600 and 4100 feet of elevation. It is consistently ranked as one of Canada's best golf courses and is known as "Canada's truest mountain golf experiences"

Darren Reddekopp
I got into the golf course business by working at my home town golf course to put myself through university. My home town golf course, the Acme Golf and Country Club, was a small nine hole golf club that had sand greens. Not sand based greens but sand greens (search sand greens in Google). I obtained my Bachelor of Commerce from the University of Calgary and was faced with the choice of working in an office or going back to school to obtain my Turf Management Diploma. Needless to say I took the latter route and have now been in the golf maintenance business for 21 years. I am currently the Superintendent at the Greywolf Golf Course at Panorama Mountain Resort.